DESCRIPTION AND DOT CODES SHEET
Blind bags can be a lot of fun.  Sometimes you want to be surprised while other times you want to find a specific character in your bag.  This video shows how you can guess the bag's contents without opening it.  For the LEGO Batman Movie Each collectible minifigure (CMF) blind bag contains special pieces that are unique to that bag.  Also, there are codes printed into the bottom seal of each bag which giveaway the contents.  In addition to watching the video you will want to download Jay's dot code sheet.

This giveaway has ended and winners will be announced soon.

PHOTOS
Some of our favorites from the LEGO Batman Movie Series 2 Blind Bags are the Joker, Harley Quinn, and Surfer Batgirl. 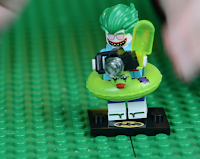 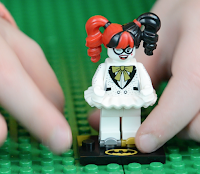 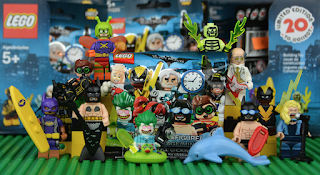 We made butter from Heavy Whipping Cream.

Video: How to Make Butter

at June 11, 2017 No comments:
Email ThisBlogThis!Share to TwitterShare to FacebookShare to Pinterest
Labels: poem

Jay and Harm pretend to be paleontologists and carefully uncover a dinosaur fossil (made of candy).  Video also demonstrates how the parents prepared this fun activity.

at May 09, 2017 No comments:
Email ThisBlogThis!Share to TwitterShare to FacebookShare to Pinterest
Labels: dinosaurs, learning, science

We built a bridge using recycled building supplies. Our foot trail crosses a small creek which made it unusable parts of the year. A few pallets, beams, and precast pier blocks made an easy foot bridge and allows us to use the trail year-round while keeping our feet dry (although the kids seem to still end up in the mud ). We've even seen deer crossing on our bridge.
Be sure to watch the video at the end of this post for a project time lapse. 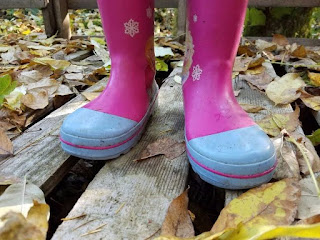 at April 17, 2017 No comments:
Email ThisBlogThis!Share to TwitterShare to FacebookShare to Pinterest
Labels: build, DIY, learning

We learned about chemical reactions by mixing baking soda with several liquids to see what would happen. These tests were conducted in small mountains made of snow in hopes of creating a snow volcano.  The eruptive effort was successful.

We are two sisters, Jay and Harm, who love to share our experiences while we laugh and learn. Welcome to our blog. Here we share our learning, fun, and toys with you. We are homeschooled and many of our videos are incorporated into our lessons. We hope you enjoy our content. You can also follow us on social media: