Today was the hottest day yet. We walked a twenty minute walk from our apartment to the American History Museum.First we saw a Mickey Mouse Hat, a Pizza Hut model, and some computer circuits. But what really caught our eyes was the Batmobile. Then we headed for the escalator. We went up to the second floor. On the second floor we saw some different statues like a small statues of liberty. Then we went to the third floor that was where we saw the Red Ruby Slippers they had a whole room to themselves almost. They were in the center in a clear case. In the wall, off to the side, we saw Scarecrow’s hat and the wand. They’re eighty years old! Harmony and I thought we were done but there was another half of the museum. We saw a huge american flag, a lot of war and invention stuff along with Wonder Woman's costume, Batman's cowl and cape. We saw captain america's shield boo!!!!! 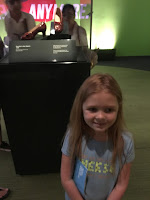 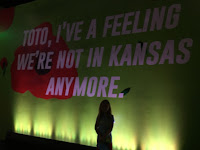 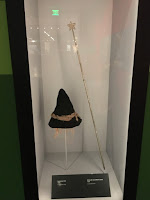 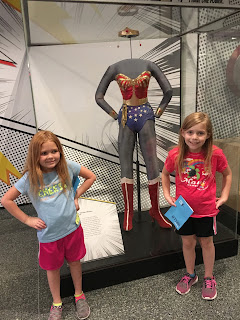 at July 16, 2019
Email ThisBlogThis!Share to TwitterShare to FacebookShare to Pinterest